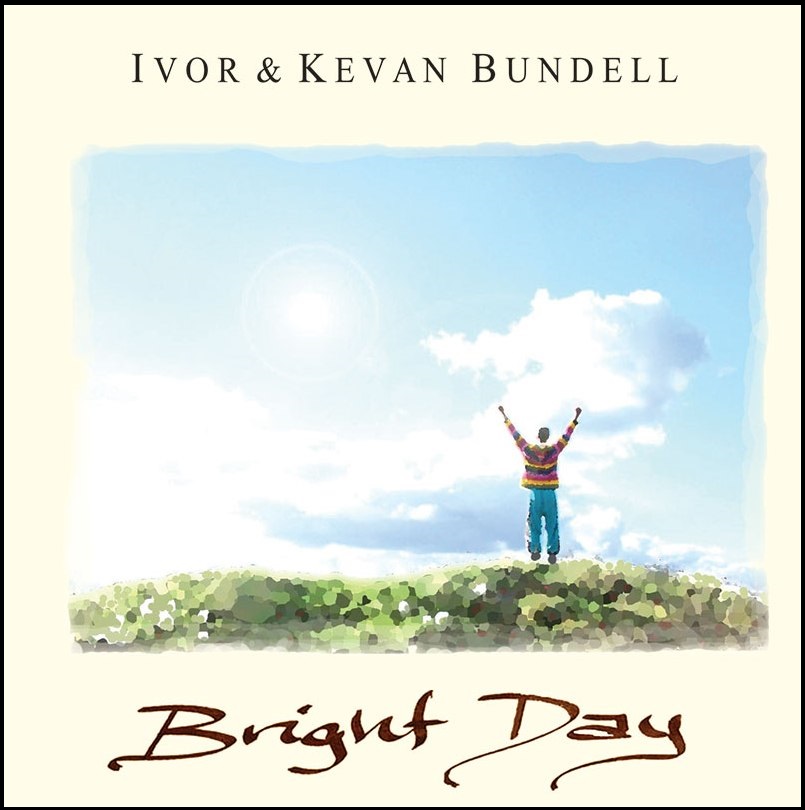 (All songs written by Ivor and Kevan Bundell except where otherwise credited).

1. Dreamtime - A spontaneous creation by self-taught digeridoo player Matt Cross, of Curdridge. Matt is otherwise a Tree Surgeon - MJC Tree Surgeons
The Dreamtime, or the Dreaming, is of course the mythological world - both past and present, or beyond time altogether - of the indigenous Australians.

2. By Liffey Falls - Liffey Falls is a national State Reserve in Tasmania, located on the slopes of the Great Western Tiers. I spoke at some length to one of the Rangers there on the edge of the woods; he said I had a good chance of seeing a platypus. On that occasion my luck was out, but I did see a Superb Fairy Wren - and I almost saw a Thylacine . . .
~ Ivor

3. Watching the waters flow - I happened to be in the US when I started writing this. It is my attempt at a Dylanesque, American 'Country' song. Hence the banjo. It is quite uncharacteristic of my usually strictly English efforts. Except that is, that it ends in caltalcysmic doom. One of my favourite themes.
~ Kevan

“I last saw Randall by the Southern Seas,
Beyond Tasmania’s forests in the west
Where shearwaters burrow out a sandy nest
Upon those windy shores, beyond the trees;
Where lakes and boom town sidings, silver mines,
And dunes that stretch away as sedges sing,
And the huge façade and hall, a haunting
Reminder of Houdini days and Billy Pines.
He was not well; he coughed a lot and blood
At times chequered his handkerchief with spots;
He smoked no pipe; instead he carved The Flood
Upon a narwhal’s tusk and we drew lots
To see who would inherit it from him;
We laughed, a hollow laugh, macabre and grim.”

5. We will remember them - It struck me one day that I was born only ten years after the end of the Second World War - and how lucky I was.

7. Chalk Hill Blue - I was on holiday in Greece when I heard the news of the Large Blue’s demise. I misremembered it being reported as the Chalk Hill Blue. The good news is that the Large Blue has been successfully reintroduced in the U.K. from a Swedish population. It is now thriving in parts of the south west of England. It remains highly dependent on a specific species of red ant, which take in its caterpillars, to complete its life-cycle. A line in this song makes reference to a “hollow tree”. This image made its first appearance in a song I wrote called Children which was included on the album 'Presence' (1976 - and 2016).
~ Ivor

8. Kitnocks Hill ~ Meg Merrilies - Kitnocks Hill is in the village of Curdridge in Hampshire, where I live. A number of tales hang upon it - see http://kevanbundell.co.uk/blog/category/kitnocks-kitty-nocks-curdridge-witch/
'Meg Merrilies' is, in this instance, a tune written by Paul Gateshill many moons past. We have borrowed it before, but I can't remember where . . .
~ Kevan

9. Nobody here tonight - An end of era song with imagery drawn from the night and the sea. Blackout.

10. Davey Jones’ Locker - The lament of a lover lost at sea.

11. Rights of Man - This is a traditional Irish hornpipe. I thought the minor key and melancholy tone, juxtaposed to the liveliness of the music, provided an appropriate postscript to “Davey Jones’ Locker”.

12. Come with me - A song in four sections. Originally it was called ‘Harp Song’ and the words were written with some of the tunes in mind. However, instead of the harp I decided to use the church organ as the accompanying instrument. This song embraces and includes as we all make the same uncertain journey alone and together.

13. Bright Day ~ Goodnight - The lyrics for 'Bright Day' are ours; 'Goodnight' is our version of the well-known funeral hymn or song. For more details of the complicated origins of this song please click on the title.